I have been running Aegean Boat Report, a Norwegian NGO, since December 2017, from a small town in the north of Norway. People following the page have believed that this was done from the ground in Greece, and by a team, not one single man. It has been challenging, and a lot of hard work.

I have used thousands of hours, at the expense of my family, to provide correct and neutral information to the general public. The refugee crisis isn’t over, just because the journalists left.
Its still ongoing, and arrivals on the Greek Aegean Islands haven’t been this high since 2015.

Before I started Aegean Boat Report, I gathered information, and distributed it on a daily basis, to teams and volunteers on the ground. This so people working on the islands, could have a better overview on the situation. I have been supporting teams and volunteers, since early 2016.

In late 2015 I worked as a volunteer on the shores off Lesvos north, taking in boats day and night. This experience changed me, for better ore for worse, it made me who I am today. Dose this make me a better person?
I don’t think so, but perhaps it has made me more reflected on the word we live in.

END_OF_DOCUMENT_TOKEN_TO_BE_REPLACED

There is a massive increase in boats traveling towards the Greek Aegean Islands, people are fleeing Turkey by the thousands every week.
A political shift in Turkey, and threats of mass deportations, forcing even more people out on the dangerous journey towards Europe.

We have seen a steady increase in boats since June, numbers from July was the highest since 2015, and it seems that August will be even higher. So far this month 115 boats have reached the Greek Aegean Islands, 42 of them on Lesvos, 25 on Samos. In July a total of 175 boats arrived on the islands.

What nobody is writing about, is the boats that are stopped on their way towards Greece, by Turkish Coastguard and police. So far this month a staggering 225 boats have been stopped, this in only two weeks. This shows the magnitude of the situation, so why is nobody writing about it? So far this year 1250 boats have been stopped, 40.000 people arrested.

Governments and EU funded organizations are spending millions to produce statistical reports, reports that only tells a part of the story, the part they want you to know about.
They desperately want you to believe that the situation is under control, that fewer people are trying to reach Europe, that their strategy on building fences and walls is working.

The number of boats stopped isn’t mentioned anywhere, 40.000 people erased by the stroke of a pen, amongst them 15.000 children. All these children, equivalent to 500 school classes, are denied their right to seek asylum, denied to live a life without war, suppression, persecution and horrible living conditions.

Article 14 of the Universal Declaration of Human Rights states that “Everyone has the right to seek and to enjoy in other countries asylum from persecution”.

Today pushbacks and pullbacks are happening every single day. People are constantly being denied their basic human rights, because we, the people of Europe, let politicians rule us. We don’t say stop, we just look the other way, like nothing is happening.

There is something fundamentally wrong with this, politicians should be of the people, by the people, for the people. It’s time we say stop, it’s time we once again set the standard for what we want Europe to be, and not let us be ruled by right wing politicians.

We are all equal, there is no us and them, it’s only us.

The refugee crisis has been forgotten long time ago by the press. Teams and organizations on the ground has been screaming for more press coverage for years, and when they finally get it, they try to hinder them from doing their job, quite ironic.

We can all agree that some journalists can be ruthless, doing whatever it takes to get a good shot. Also there is the issue of exploiting vulnerable people to media exposure.

Most journalists is just trying to do their job, in a professional and considerate way. They have a permit from Greek government, and are not to be hindered by individual volunteers or NGO’s, unless they are interfering ore hindering ongoing operations.

To try to stop the free press, who is just doing their job, must either come from stupidity or ignorance. Media coverage is what we have been screaming for for years, it’s what this crisis needs. Higher media attention puts more pressure on governments, more volunteers on the ground, and more needed donations to organizations.

Organization on the ground has no authority to hinder journalists from doing their job, they are not in charge, even do some organization act as they are. I urge coordinators from these organizations to talk to their volunteers, so that there is no miss understanding in what role they are playing. 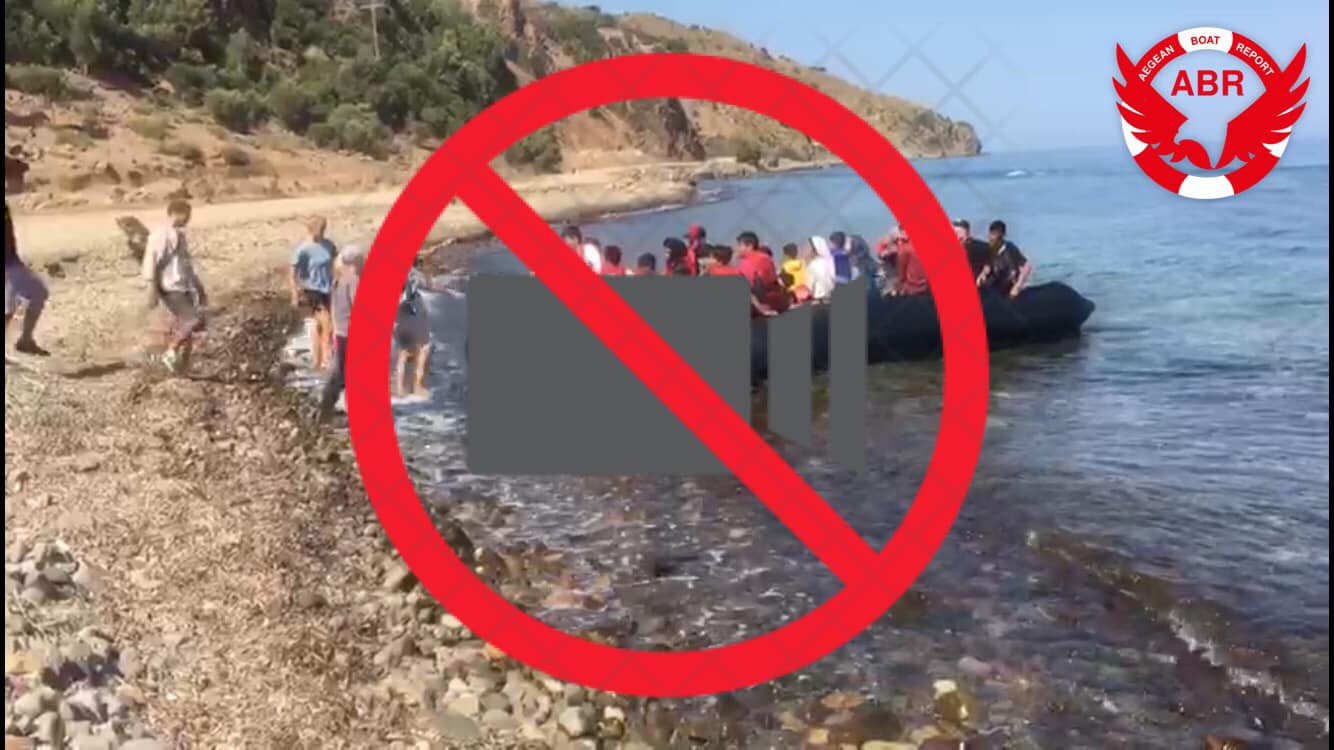 For some unexplained reason, Greek government has stopped publishing arrival, transfer and population data from the Greek Aegean Islands. For two weeks there has been no updates. This can of course be some kind of technical problem, but no information on such problems has been posted. So what other reason can be the cause of this, if not technical incompetence?

What we do know is that arrivals is rapidly increasing, population on the islands is higher than ever, and transfers to mainland is historically low. Is the intention to hide these facts?

ABR has made several attempts to get some kind of answer from the General Secretariat for Information and Communication, but they chose not to communicate at all.. 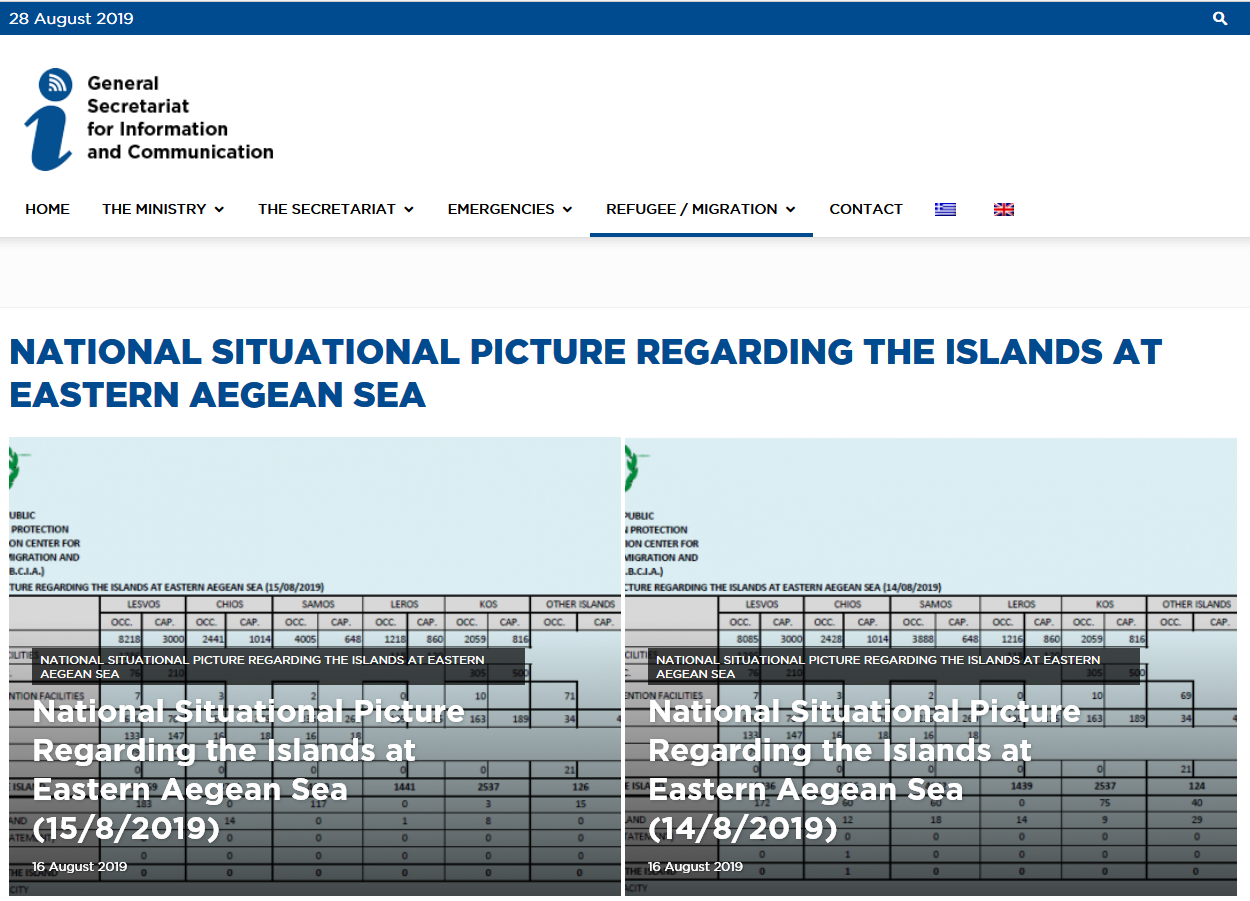